Adrift in space with no food or water, Tony Stark sends a message to Pepper Potts as his oxygen supply starts to dwindle. Meanwhile, the remaining Avengers -- Thor, Black Widow, Captain America and Bruce Banner -- must figure out a way to bring back their vanquished allies for an epic showdown with Thanos -- the evil demigod who decimated the planet and the universe. 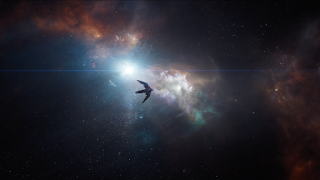 The biggest surprise involving how Spider-Man: Far From Home trailer might spoil Avengers: Endgame has everything to do with the MCU timeline moving forward. Just because Far From Home is a sequel to Avengers: Infinity War and Endgame doesn’t mean it actually happens right after.

Long ago in June 2017, Sony executive Amy Pascal told Fandom, “we are starting now [Spider-Man: Far From Home] which will start a few minutes after [Avengers: Endgame] wraps as a story.” Back then, neither film had an official title, so Pascal spoke in more vague terms, but we can only assume the confirmation holds that Far From Home begins almost immediately after Endgame.


However, while that might still be technically true, it also might be a slight case of misdirection. After all, the previous Spider-Man movie, Homecoming, starts in 2012, a few days or weeks after the Battle of New York from The Avengers — when Peter Parker was only 7 years old. Then, it jumps forward eight years. (Don’t mind the continuity error of Captain America: Civil War taking place in 2016.)

The Spider-Man: Far From Home trailer, featuring Peter Parker in the flesh and not as a bag of dust, confirms what we’ve expected from the moment it happened – Thanos’s Snap will not be permanent. The question has never really been “if” the Avengers will bring back half of the universe, it’s “how.” How will Earth’s mightiest heroes deal with the Great Dusting in Endgame? Here are five ways they might, and when, and what each would mean for the MCU.

The Mad Titan’s hunt for the Infinity Stones started long before Infinity War, during a time when the Avengers and Guardians briefly possessed various stones themselves. Rather than try to stop an overpowered Thanos after he already has a couple, like in Infinity War‘s first scene, the best way to prevent the Snapture might be to go back years earlier, possibly when the Avengers had them. That idea fits with the theory saying Doctor Strange locked everyone into a time loopgoing back to at least Age of Ultron.
The ramifications of this would be huge, though. It could alter everything that happened in the MCU, a butterfly effect for the whole franchise.